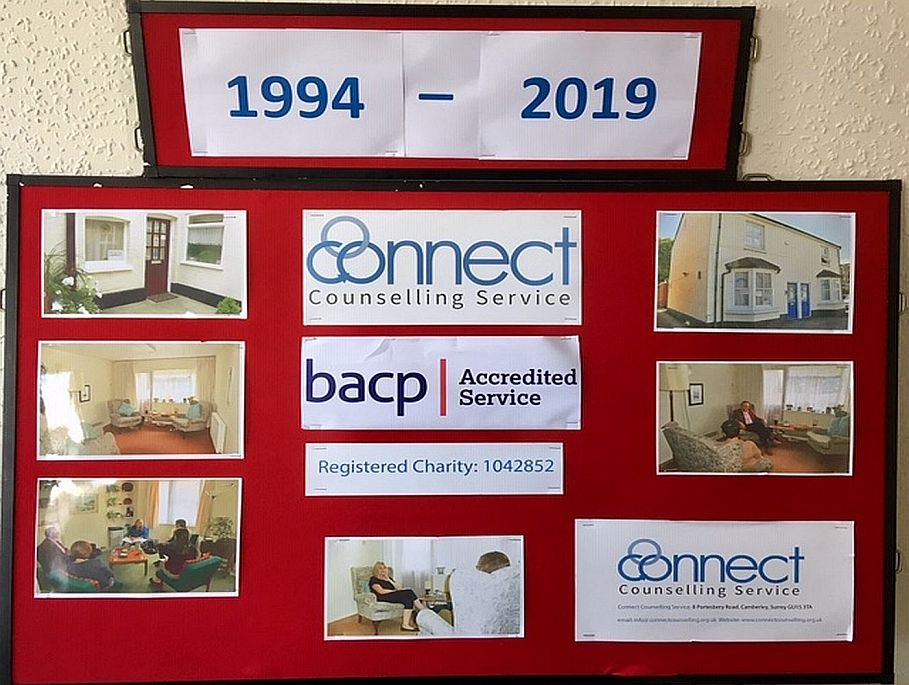 By 2014 it was felt time to rebrand Connect: with a new logo, revised name (now Connect Counselling Service) and also accreditation with BACP. Over the years, we have also refurbished and refreshed our premises – sometimes with help from volunteers, but also with help of funding from different groups.

In 2019 we have the capacity for 32 Counsellors to see individuals . There are eight supervision groups and four Supervisors. We have six Couples Counsellors and two Family Therapists with additional supervision for this important work.
In 2018, we held 2,338 sessions and had 196 new clients attending an initial appointment with a counsellor.

Connect remains open for the vulnerable, the hurting and for those whose past or present impacts their life and potentially their future. Through counselling, we can offer hope and support to those struggling and help them find a way through their concerns. In late 2019 our BACP accreditation for professional counselling was renewed for a further 5 years. By God’s grace, Connect will remain here for many years to come!